The Interview Of QuEChERS Method Developer To Clear Your Doubts

QuEChERS method is a rapid sample preparation technology for agricultural product testing for years and it’s Indispensable for many testers. HAWACH is dedicated to facilitating the experiment process by providing the extraction tube and purification tube. HAWACH has summarized the interview of the QuEChERS method developer for us to know it better and learn from it.

A: In the design stage of QuEChERS, we conducted many experiments on a wide range of representative pesticides and samples to evaluate each extraction and purification step.

The original 2003 version of QuEChERS was good for the analyte and its matrix, even better than the current version. When we validated the method for hundreds of pesticides in different samples, we found that about 10 pesticides were easily affected by PH, and the use of PH 5 buffer was a good solution in the process. In the following method, we also pay attention to the use of a buffer. This is the first improvement of the method (the shortcoming is that the use of buffer will also lead to an increase in some impurities, so we would rather call this to adjust the method).

Secondly, the addition of C18 filler and PSA can significantly improve the purification effect of some samples, especially those rich in oil, such as olive oil, which will not cause the loss of the test substance. Lehotay regrets the failure to unify the use of C18 in AOAC2007.01 and EN 15662: AOAC official method 2007.01 does not mention that C18 can be added, but the EU standard method EN 15662 does. Some chemists have taken the method of freezing to reduce the interference of lipids, which can also remove some impurities introduced in the previous extraction. The freezing method is equivalent.

Finally, for the removal of impurities such as chlorophyll and carotenoids, a small amount of graphitized carbon black as described in CEN standard method 156627 or ChloroFiltr adsorbent can be added, which will cause about 25% of certain planar structure pesticide loss. Another thing that needs to be added is that when you encounter cereals that contain more fat, you can increase the amount of PSA. 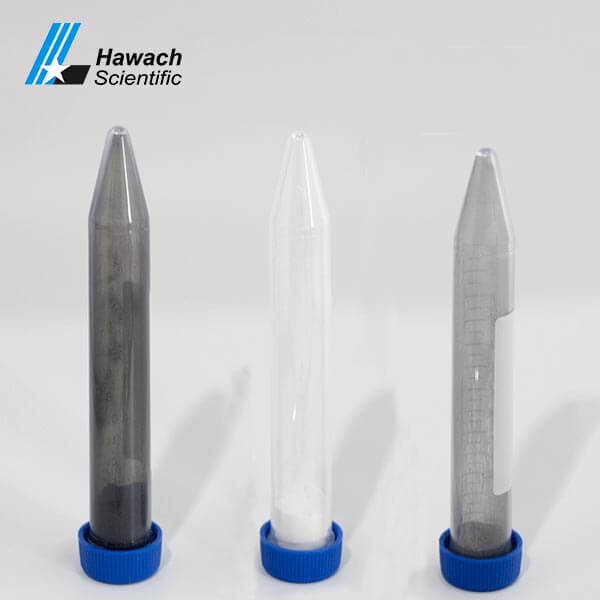 Expanded scope of application
Q2: Although QuEChERS was originally a method for extracting multiple pesticide residues in fruits and vegetables, it has been used in more and more fields (such as vet drugs, PAHs, and antibiotics) and tests more different samples (such as plasma, meat, soil). These methods may not have been tested in the room as carefully as you did before. Do you think this is overdone?

A: We are very happy that QuEChERS can be expanded and used in different fields. According to the use effect of the method in the work, it is a case-by-case basis. In all newly developed methods, everyone must pay attention to assess their effectiveness.

From the beginning, we did not patent the QuEChERS, first because we felt that chemical methods or matrix extraction could not be patented (after all, Tswett had used sorbent for chromatographic separation before using capillaries).

Second, we all think that if you don’t intervene in this, the QuEChERS method will be used in more fields. Neither we nor our team has benefited from the commercialization of QuEChERS.

Both the AOAC method 2007.01 and the CEN standard method EN15622 are validated methods. The adjusted version is acceptable as long as it is fully validated and suitable for use. However, we have noticed that in the development of certain methods and the limited number of verification tests, although the spiked samples can obtain good and stable recovery rates, for real samples with strong interactions between certain matrices and analytes or instrument maintenance problems in the routine analysis may lead to exceptions.

For example, the first thing we should doubt is the application of QuEChERS in soil analysis, because a stronger extraction environment is needed at this time-pressurized extraction (PLE) or Soxhlet extraction instead of manual extraction, to overcome strong adsorption of soil-sediment. Many foods do not have such a strong force, so hand extraction has a satisfactory recovery rate.

A: Yes, not just QuEChERS. In fact, we must consider the sample requirements when using all detection methods. Whether it is in our earliest paper, or in future papers and reports, we have repeatedly emphasized that sample collection and homogenization are inseparable steps in the QuEChERS step, because it also helps to obtain smaller sample particle sizes and subsequent shaking extraction.

For pesticides
Q4: I have heard that there are more than 400 pesticides that can apply QuEChERS in different matrix analysis so far. In addition to the planar ring-shaped pesticides that can be strongly adsorbed by the graphitized carbon black in the dispersion matrix extraction, are there other types of pesticides that may not (perhaps the recovery rate will be very low) adopt the official QuEChERS method? If so, do we have any solutions?

A: Anastassiades and his colleagues have developed a database that allows the systematic collection and online retrieval of the recovery data generated in the framework of cooperative or stand-alone verification experiments. This database currently stores more than 150,000 data on the recovery of more than 650 pesticides and their metabolites in 115 different foods, which also includes other common multi-pesticide methods. Recycling data is indeed a good source of information for inspectors who need to know in a timely manner whether the recycling of methods in different pesticide-food combinations is normal.

Of course, there are still many pesticides that cannot be extracted by the QuEChERS method. Traditionally, these pesticides usually need to be analyzed by a separate detection method. Anastassiades is working hard to find suitable testing conditions for this type of pesticide.

Special problems that occur in the QuEChERS application
Q5: In the initial acetonitrile extraction, a certain amount of heat will be generated when adding anhydrous magnesium sulfate. In a sense, these heats can increase the extraction speed or extraction efficiency, but on the other hand, too much heat will cause some thermal instability or loss of volatile pesticide residues. In practice, how do you coordinate this contradiction? Perhaps, this is not worth mentioning at all?

A: We have proved that the method has a good recovery of hundreds of pesticides and different test substances. Heat may cause potential degradation of the few previously mentioned pesticides, but the acidic environment helps keep these pesticides stable. When using frozen samples, the temperature after extraction can be very moderate.
Any more questions, please contact HAWACH.
(The end)