The most widely used active ingredients of QuEchERS purification are: graphitized carbon black, C18, ethylenediamine-N-propylsilane, magnesium sulfate, etc. In addition, some other materials have also been continuously researched and explored, such as attempts to use neutral alumina, florisilite.

The adsorbent graphitized carbon black (GCB) is a carbon material made by heating and forging. Its chemical molecular structure is composed of 6 regular polyhedra made of C20. It is often used as a scavenger in the detection of drug residues in crops, which can effectively remove crops. Pigments and other substances. Activated carbon has a strong adsorption activity. 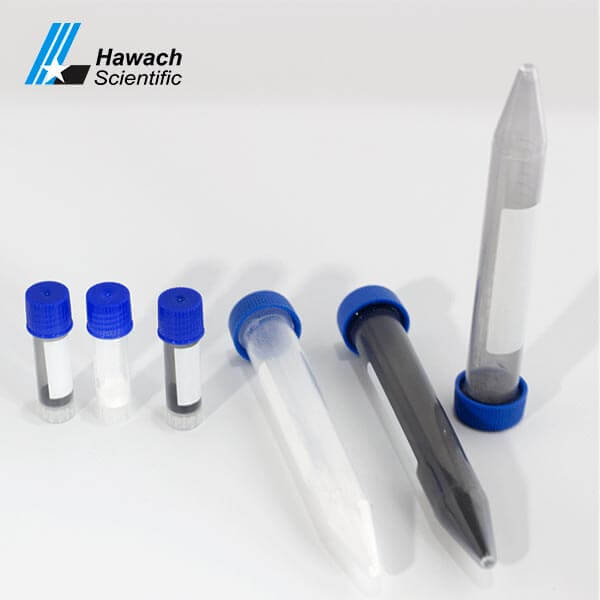 Moreover, the adsorbed substances are difficult to elute, which easily interferes with the detection process and reduces the precision of detection. The adsorption capacity of graphitized carbon black is too strong, so it is not used as a purifier in this study.

C18 purifier has a wide range of applications in the field of pretreatment, and it has a good adsorption effect on non-polar interferences such as fats and lipid substances. Ethylenediamine-N-propylsilane, as a reagent with adsorption activity, can effectively adsorb lipids, sugars, acids, and phenols in the sample extract.

Organic compounds, so it is very popular during QuEchERS pretreatment. The molecular structure of PSA contains two amino groups. In addition to adsorbing organic acids and polar pigments, it also easily reacts with acidic mycotoxins (such as FUN and OTA) on the molecular carboxyl group, which will seriously affect the recovery rate of such toxins. Studies have shown that adding a high proportion of organic acids (acetic acid or formic acid) to the extract can reduce the adsorption of PSA to the target, but it can also cause acidic co-extractants to increase the interference analysis, PSA.

Not suitable for this method. After a comprehensive comparison, the proper ratio of sodium chloride and magnesium sulfate can promote the rapid and effective stratification of the extracted substances, and then make the analyte and co-extractives effective Separate.

The composition of the mobile phase affects the response signal of the compound during mass spectrometry detection. Therefore, we investigated the effect of different mobile phases on the signal response of various pesticides and mycotoxins. Common mobile phase systems for liquid quality are methanol-water and acetonitrile-water.

In terms of retention time, acetonitrile is less polar than methanol, and the ability to elute pesticides and toxins on the C18 stationary phase is slightly stronger. The target with relatively high hydrophobicity peaks faster, but the target with an earlier peak the difference is small. Compared with acetonitrile, compared with acetonitrile reagent, H + in methanol molecule is easier to dissociate, which is convenient for target synthesis [M + H] +.

In this study, the tuning of the analyte is a hydrogenation peak, so the fluidity of this study is methanol, which expands the response signal value and improves the sensitivity. Due to the use of gradient elution, water was replaced from 10% to 90% during the entire analysis process and finally returned to the initial ratio. To ensure the stable supply of H +, 1% formic acid was added to both water and methanol.