Based on the introduction of the traditional QuEChERS method, HAWACH combined with the research status of different types of sample pretreatment technology in recent years briefly described the research and application of the improved QuEChERS method in pesticides multi-residue detection from extraction and purification. Hopefully, it can provide a reference for the detection of different types of substrates.

Choose different solvents and salts according to different characteristics of the matrix and pesticides to be tested to achieve the best extraction effect. There are two main aspects of its optimization: (1) extraction solvent, (2) buffer salt, and the salting-out process. 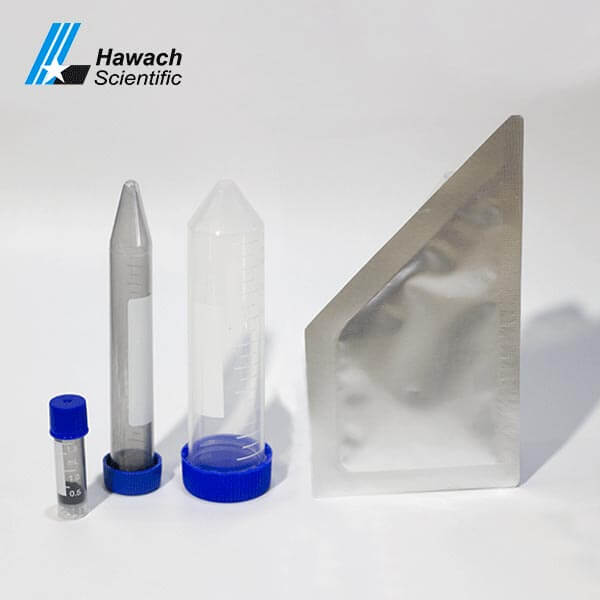 Stöckelhuber et al. used gas chromatography-tandem mass spectrometry to determine the residues of 9 pesticides commonly used in grapes in arthropods and gastropods in the soil under the vines using gas chromatography-tandem mass spectrometry. Comparing the extraction effects of acetonitrile and ethyl acetate, it was found that the peak area of the acetonitrile extract was much smaller than that of ethyl acetate.

Considering the toxicity of acetonitrile, ethyl acetate was selected as the extraction solvent, with PSA and anhydrous magnesium sulfate purification, the recovery rate of the 9 pesticide residues was 84% ~ 110%, the relative standard deviation was less than 18%, and the detection limit was 0.02 ~ 0.20 mg/kg (mass fraction).

When Maestroni et al. used gas chromatography-tandem mass spectrometry to determine 59 pesticide residues in grape leaves, acidified ethyl acetate was used as the extraction solvent, which has a good extraction effect for small and medium polar pesticide projects, and can greatly reduce co-extraction of interfering substances. However, this extraction solvent will have a very low recovery rate for more polar substances and is not suitable for the determination of pesticide residues with high polarity.

1.2 Selection and application of buffer salt and salting-out process
The buffered salt can ensure the stability of the target component to be tested which is sensitive to pH. The function of salting out is to promote the separation of the organic phase from the aqueous phase and the distribution of the analyte in the organic phase.